International Yoga Day is celebrated around the world on June 21

International Yoga Day is celebrated around the world on June 21

International Yoga Day is celebrated around the world on June 21.  In 2015, India started celebrating International Yoga Day.  According to the website of the Ministry of AYUSH, Government of India, yoga originated in India almost many years ago.  Yoga is one of the six systems of Vedic philosophy.

Yoga in India was started thousands of years ago by great saints and sages, but today yoga is not limited to monks or saints, yoga has become a part of people's daily life.  On Yoga Day, India's greatest gift to the world, we will talk about the yoga gurus of our country who have promoted yoga not only in India but all over the world. 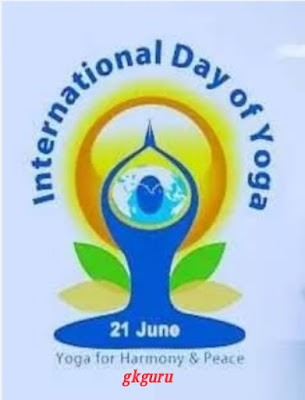 There are eight stages - Yama, Niyama, Asana, Pranayama, Pratyahara, Dharana, Dhyana and Samadhi.  Doing this yoga is good for health.  Maharshi Patanjali says that by practicing yoga on a daily basis, it prevents disorders of the mind and body.  Yoga also offers the ability to cope with stressful situations..

Cookie Consent
We serve cookies on this site to analyze traffic, remember your preferences, and optimize your experience.
More Details
Oops!
It seems there is something wrong with your internet connection. Please connect to the internet and start browsing again.
AdBlock Detected!
We have detected that you are using adblocking plugin in your browser.
The revenue we earn by the advertisements is used to manage this website, we request you to whitelist our website in your adblocking plugin.
Site is Blocked
Sorry! This site is not available in your country.